Professor in the Department of Mathematics and Computer Science, Weizmann Institute of Science 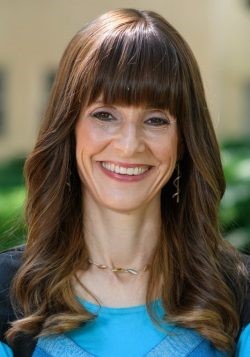 Bio: Yonina Eldar is a Professor in the Department of Mathematics and Computer Science, Weizmann Institute of Science, Rehovot, Israel. She was previously a Professor in the Department of Electrical Engineering at the Technion, where she held the Edwards Chair in Engineering. She is also a Visiting Professor at MIT, a Visiting Scientist at the Broad Institute, and an Adjunct Professor at Duke University and was a Visiting Professor at Stanford. She received the B.Sc. degree in physics and the B.Sc. degree in electrical engineering both from Tel-Aviv University (TAU), Tel-Aviv, Israel, in 1995 and 1996, respectively, and the Ph.D. degree in electrical engineering and computer science from the Massachusetts Institute of Technology (MIT), Cambridge, in 2002. She is a member of the Israel Academy of Sciences and Humanities, an IEEE Fellow and a EURASIP Fellow. She has received many awards for excellence in research and teaching, including the IEEE Signal Processing Society Technical Achievement Award (2013), the IEEE/AESS Fred Nathanson Memorial Radar Award (2014) and the IEEE Kiyo Tomiyasu Award (2016). She was a Horev Fellow of the Leaders in Science and Technology program at the Technion and an Alon Fellow. She received the Michael Bruno Memorial Award from the Rothschild Foundation, the Weizmann Prize for Exact Sciences, the Wolf Foundation Krill Prize for Excellence in Scientific Research, the Henry Taub Prize for Excellence in Research (twice), the Hershel Rich Innovation Award (three times), the Award for Women with Distinguished Contributions, the Andre and Bella Meyer Lectureship, the Career Development Chair at the Technion, the Muriel & David Jacknow Award for Excellence in Teaching, and the Technion’s Award for Excellence in Teaching (two times). She received several best paper awards and best demo awards together with her research students and colleagues, was selected as one of the 50 most influential women in Israel, and was a member of the Israel Committee for Higher Education. She is the Editor in Chief of Foundations and Trends in Signal Processing and a member of several IEEE Technical Committees and Award Committees. 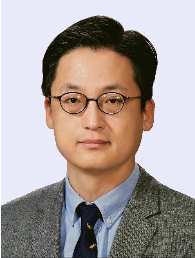 Bio: Sunghyun Choi is a Senior Vice President and Head of the Advanced Communications Research Center at Samsung Research, Samsung Electronics, Seoul, Korea. He was a professor at the Department of Electrical and Computer Engineering, Seoul National University (SNU), Seoul, Korea from Sept. 2002 to Aug. 2019, and served as a Vice Dean for Academic Affairs, College of Engineering during the last two years at SNU. Before joining SNU, he was with Philips Research USA, Briarcliff Manor, New York, USA, as a Senior Member Research Staff for three years. He was also a visiting associate professor at the Electrical Engineering department, Stanford University, USA, from June 2009 to June 2010. He received his B.S. (summa cum laude) and M.S. degrees in electrical engineering from Korea Advanced Institute of Science and Technology (KAIST) in 1992 and 1994, respectively, and received Ph.D. at the Department of Electrical Engineering and Computer Science, The University of Michigan, Ann Arbor in September 1999.

He has received numerous awards including KICS Dr. Irwin Jacobs Award (2013), Shinyang Scholarship Award (2011), Presidential Young Scientist Award (2008), IEEK/IEEE Joint Award for Young IT Engineer (2007), Outstanding Research Award (2008) and Best Teaching Award (2006), both from the College of Engineering, Seoul National University, the Best Paper Award from IEEE WoWMoM 2008, and Recognition of Service Award (2005, 2007) from ACM. Dr. Choi was a recipient of the Korea Foundation for Advanced Studies (KFAS) Scholarship and the Korean Government Overseas Scholarship during 1997-1999 and 1994-1997, respectively. He was named IEEE fellow in 2014.

The John A. Edwardson Dean of the College of Engineering, Purdue University

Bio: Mung Chiang is the Executive Vice President of Purdue University for strategic initiatives and innovation campus. He has also been the John A. Edwardson Dean of the College of Engineering and the Roscoe H. George Distinguished Professor of Electrical and Computer Engineering since 2017. Purdue Engineering’s ranking rose from #9 to #4 and became the largest engineering school ever ranked top five in the U.S. The College won 12 national research centers, constructed or renovated 18 buildings, and completed the first $1B philanthropy campaign by any college in a public university. During 2020, he served as the Science and Technology Adviser to the U.S. Secretary of State and the chief global technology office in the Department of State. In 2021, he founded the think tank, Center for Tech Diplomacy at Purdue, and started serving as the technology and innovation advisor to the State of Indiana. Prior to 2017, he was the Arthur LeGrand Doty Professor of Electrical Engineering, the inaugural Chair of Princeton Entrepreneurship Council, and Director of Keller Center for Engineering Education at Princeton University.

His research on communication networks received the 2013 Alan T. Waterman Award, the highest honor to a scientist or engineer under the age of 40 in the U.S. each year. A recipient of a Guggenheim Fellowship and the IEEE Tomiyasu Technical Achievement Award, he was elected to the National Academy of Inventors and the Royal Swedish Academy of Engineering Sciences. He founded the Princeton Edge Lab in 2009 and co-founded an industry consortium and several startup companies with sixty million users globally. His textbooks and online courses received the ASEE Terman Award and reached hundreds of thousands of students. 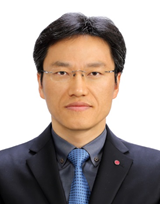 Bio: Byoung-Hoon Kim received the B.S. and M.E. degrees in electronics engineering, and the Ph.D. degree in electrical engineering and computer science, from Seoul National University, Seoul, Korea, in 1994, 1996, and 2000, respectively. From 2000 to 2003, he was with GCT Semiconductor, developing W-CDMA and WLAN chip sets. From 2003 to 2008, he was with QUALCOMM, where he was responsible for MIMO technology development and 3GPP LTE standard and design works. Since March 2008, he has been with LG Electronics currently as SVP and Head of Future Technology Center, developing advanced communications, AI, robotics, connected car, media, and IoT technologies. He has made extensive contributions to 3GPP, IEEE802.11, and 5GAA standards and assumed the role of a member of board of directors of Wi-Fi Alliance. He is a Fellow of IEEE, an Associate Member of National Academy of Engineering of Korea, and was elected as the 1st IEEE Communications Society Asia-Pacific Best Young Researcher in 2001. Dr. Kim is co-author of Scrambling Techniques for CDMA Communications (Springer, 2001), holds more than 500 US patents, and has published over 40 international journal and conference papers in the communications and signal processing areas. 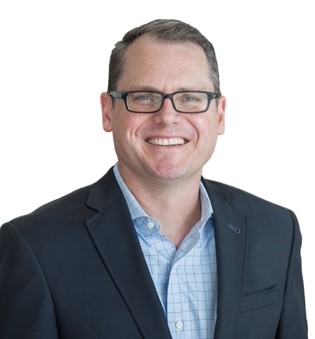 Bio: John E. Smee is Vice President of Engineering at Qualcomm Technologies Inc., where he is the 5G R&D lead responsible for overseeing all 5G research projects including end-end systems design, standards contributions, and advanced RF/HW/SW prototype implementations in Qualcomm’s wireless research and development group.  He joined Qualcomm in 2000, holds over 150 U.S. Patents, and has been involved in the design, innovation, standardization, and productization of wireless communications systems such as 5G NR, 4G LTE, 3G CDMA, and IEEE 802.11.  He also leads Qualcomm’s companywide academic collaboration program across technologies including wireless, semiconductor, multimedia, security, and machine learning.  John was chosen to participate in the National Academy of Engineering Frontiers of Engineering program and received his Ph.D. in electrical engineering from Princeton University and also holds an M.A. from Princeton and an M.Sc. and B.Sc. from Queen's University.

He received Bachelor and Master Degrees from Northeastern University of China. He joined ZTE working on software development and system design of wireless communication system in 2000. Since 2006, he has been focusing on advanced radio access technology research and standardization with over 20 published papers and 50 granted patents held globally. The team under his leadership works in 100+ international/ regional/domestic Standardization Organizations, Industrial Alliances/Fora/Consortia and Open Source Communities of significant prominence.

He has been elected Vice Chairman of 3GPP GERAN TSG for three consecutive terms since 2011. He serves as Member of Advisory Committee of IMT-2020(5G) Promotion Group, Member of Advisory Committee of IMT-2030(6G) Promotion Group and CCSA TC5 vice chairman. He has been the Keynote Speaker of IEEE ICC and IEEE WCNC along with Industrial Speaker of China Delegation for 7 continuous Global 5G Summits.