Registration is free but it is required in order to receive the Zoom link.

The Young Engineers & Scientists Initiative (i-YES) Education Track organized by the IEEE Communication Society Education Services Board (ESB) will feature an exciting Session on “From Performance Modeling to Federated Learning: Lessons Learned from the Strange/Unusual” having three Keynote Speeches followed by interactive discussion with the audience!

Session on “From Performance Modeling to Federated Learning: Lessons Learned from the Strange/Unusual”

(a) Keynote Speech on “Federated Learning: State of the Art, Current Trends and Challenges”
Keynote Speaker: Prof. Nelson Fonseca (Institute of Computing of the University of Campinas, Brazil) 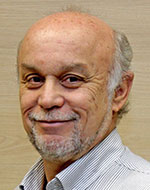 Nelson Fonseca received his Ph.D. degree in Computer Engineering from The University of Southern California in 1994. He is a Full Professor at the Institute of Computing of the University of Campinas, Brazil. He has published 450+ papers and supervised 70+ graduate students. Currently, He served as ComSoc’s Vice President Conferences. He has also served as VP Technical and Educational, Activities, VP Publications, Vice President Member Relations, Director for Conference Development, Director of Latin America Region, and Director of On-Line Services. 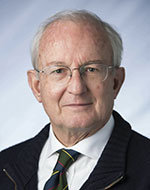 Marco Ajmone Marsan is a part-time research professor at the IMDEA Networks Institute in Spain. From 1974 to 2021 he was at the Politecnico di Torino, in the different roles of an academic career, with an interruption from 1987 to 1990, when he was the Computer Science Department of the University of Milan. He served in the editorial board of several international journals, and chaired the steering committee of the ACM/IEEE Transactions on Networking. He was the General co-Chair of Infocom 2013, and will be the General Co-chair of ICC 2023. He is a Fellow of the IEEE and is qualified as “ISI Highly Cited Researcher” in Computer Science. 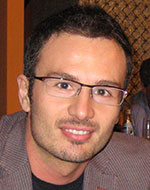 Luca Sanguinetti (SM’15) received the Laurea Telecommunications Engineer degree (cum laude) and the Ph.D. degree in information engineering from the University of Pisa, Italy, in 2002 and 2005, respectively. During the period June 2007 - June 2008, he was a postdoctoral associate in the Dept. Electrical Engineering at Princeton. From July 2013 to October 2017 he was with Large Systems and Networks Group (LANEAS), CentraleSupélec, France. He is currently an Associate Professor in the “Dipartimento di Ingegneria dell’Informazione” of the University of Pisa, Italy. He served as an Associate Editor for IEEE Transactions on Wireless Communications and IEEE Signal Processing Letters and as Lead Guest Editor of IEEE Journal on Selected Areas of Communications Special Issue on “Game Theory for Networks” and as an Associate Editor for IEEE Journal on Selected Areas of Communications (series on Green Communications and Networking). Dr. Sanguinetti is currently serving as an Associate Editor for the IEEE Transactions on Communications and is a member of the Executive Editorial Committee of IEEE Transactions on Wireless Communications. His expertise and general interests span the areas of communications and signal processing. Dr. Sanguinetti co-authored the textbooks Massive MIMO Networks: Spectral, Energy, and Hardware Efficiency (2017) and Foundations on User-centric Cell-free Massive MIMO (2020). He received the 2018 and 2022 Marconi Prize Paper Awards in Wireless Communications and co-authored a paper that received the young best paper award from the ComSoc/VTS Italy Section. 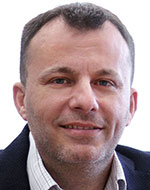 Periklis Chatzimisios serves as Professor in the Department of Information and Electronic Engineering of the International Hellenic University (Greece). He has been recently awarded the title of Researcher Professor by the Department of Electrical and Computer Engineering of the University of New Mexico (USA). He is also a Visiting Fellow in the Faculty of Science & Technology, at Bournemouth University (UK). Dr. Chatzimisios is/has been involved in several standardization and IEEE activities under the IEEE Communication Society (ComSoc) serving as the Chair of the ComSoc Young Professionals (YP) Standing Committee and as a Member of the ComSoc Education Services Board, the ComSoc Standards Program Development Board and the ComSoc Industry Outreach Board and the ComSoc Online Content Board. He is the Chair of the Communications Chapter and Professional Activities for the IEEE Greece Section. In the past he served as the Chair of ComSoc Technical Committee on Information Infrastructure and Networking (TCIIN), the Vice Chair of ComSoc Technical Committee on Big Data (TCBD) and he is still an active member of the IEEE Future Networks (5G) Initiative. 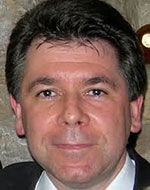 Stefano Giordano is Full Professor at the University of Pisa and responsible of the TLC networks labs. He is senior member of the IEEE Comsoc and former Chair of the CSIM TC. He is member of IFIP WG 6.3 and of the ISOC (1992). He is the representative of the UNIPI in the Scientific Committee of CNIT. He founded with Juniper Networks the first European Juniper Networks Higher Learning Center. He is author of more than 300 papers on conferences and journals. He is associate editor of the Wiley's IJCS and of the JCSS. He is member of the editorial board of the IEEE COMST. He was co-founder of three start-ups (Nextworks, Netresults Natech) and co-founder of the Cubit Consortium where at present is President of the Scientific and Technical Committee. He is Vice-President of the TLC Eng Program at Unipi. His research interests are mainly related to the development of SDN/NFV solutions for IoT particularly in Smart Agriculture and Networked Cyber Physical Systems.